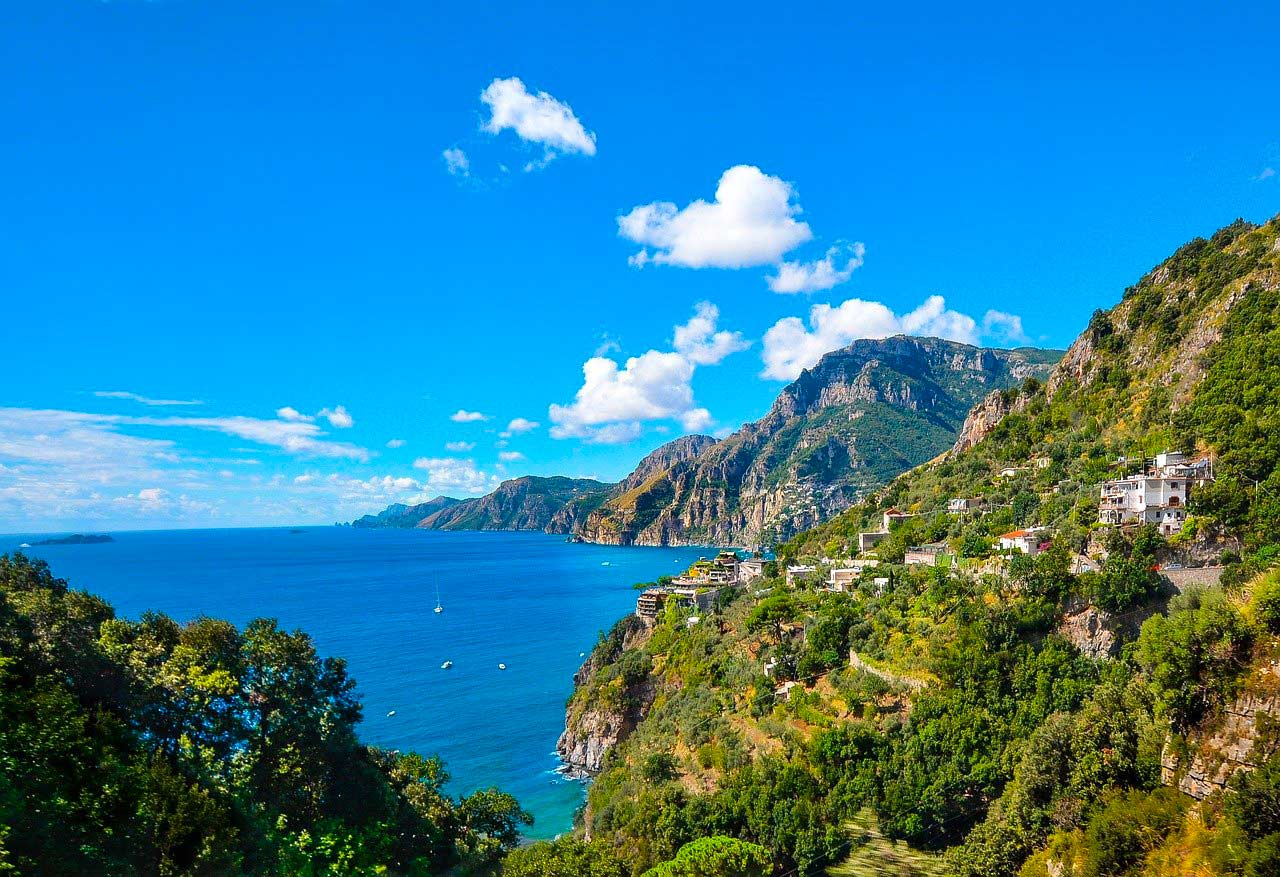 Once used as a mule track, it was the only path of the Amalfi Coast, it has now been rediscovered and adapted to a hiking route. It has a length of about 6 kilometers and has a vertical drop of about 200 meters.

The whole route is marked with red and white signs and it is practically impossible to get lost. There are two paths that divide the Path of the Gods into “high” and “low”. The latter is certainly the best known and the least tiring, being almost entirely downhill.

The first important stage starting from Bomerano is Grotta Biscotto where, in addition to the particular geological conformation of the rock, it is possible to admire centuries-old cave houses. We then continue with the crossing of the Monte Serra pass which offers a wonderful scenery on the island of Capri and the Sorrento Peninsula. Following a very winding path, full of ups and downs, you finally pass the imposing Vallone Grarelle and reach the town of Nocelle.

Once you get here you can decide whether to go down more than 1500 steps to reach Praiano beach or continue to Monte Pertuso, which takes its name from the characteristic hole formed inside the rock.

It is approximately 3,7 miles and it links Bomerano with Nocelle. The path is also characterized by the presence of a luxuriant Mediterranean scrub, often alternating with ancient settlements, rocky latch, deep throat, and aromatic herbs.